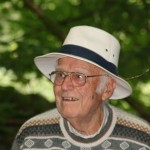 As part of The Voices of Hoaroak project yesterday we took our Chairman John Gale back to the spot where the story of The Exmoor Centre began.

Over 45 years ago John met Dora Cartwright-Williams at the site of her farmhouse at Lyncombe near the present Exmoor Centre site. The Farmhouse itself had been lost in the flood of August 15th 1952. It was here the idea was hatched for a remote basecamp for young people to explore the wilds of Exmoor. It was to be created in the memory of happy times Dora Cartwright-Williams and her late husband spent in this beautiful tranquil spot.

Further information will be available through the Voices of Hoaroak Project in due course. See HoaroakCottage.org for more information on the project. 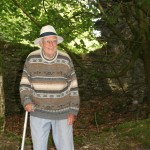 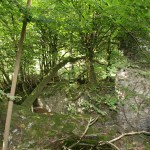 The remains of Lyncombe Farmhouse 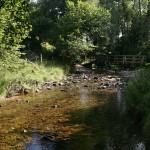 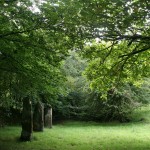